Farmaceutica REMEDIA aims for 20% growth and considers the pharmacies acquisition 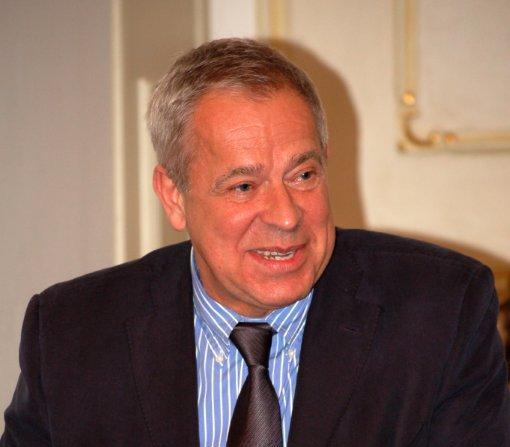 The pharmaceuticals distributor Farmaceutica REMEDIA, controlled by the businessman Valentin Tarus, budgeted revenues of 60 mil. euro for 2012, up to 20% to the last year.

“The financial situations related to the year 2011 are not ready yet. Farmaceutica REMEDIA will certainly end the year 2011 with a turnover slightly above 50 milions euro”, said Robert Peloiu, General Manager of the company.

He also mentioned that they considered the exchange rate of 4,35 lei/euro for the budget implementation „according to the opinions of the financial analysts from the major banks „.

This year the company proposed to achieve a net profit over 5 millions lei. In the first nine months of 2011, the company reported a net profit of approx. 4,1 millions lei (approx. 1 mil. euro), representing 39% increase comparing to the similar results of 2010, according to the information received from the Bucharest Stock Exchange.

Remedia is listed on Bucharest Stock Exchange with a market cap in value of 21,2 millions lei (5 millions euro).

“The investments budget proposed for 2012 will exceed 2,5 millions lei. We will invest in the existent pharmacies (…), we will open new pharmacies by the acquisition of their trade fund, if the present law will not change in order to allow the liberalization of the pharmacies openings, we will purchase new means of transportation adapted tot the present requirements (…)”, said Robert Peloiu.

The opening of new pharmacies must respect the applicable regulations. The most important criteria is the demographic one, due tot he fact that the maximum number of units from a city is established according tot he law and is already achieved. Therefore, the expansion of the pharmacies chain can be done only by the acquisition of the existent pharmacies.

Many independent pharmacies are for sale due to their liquidity problems caused by the fact that the State reimburses the receipts after 300 days.

Considering REMEDIA turnover, the distribution activity generates almost 60%, being developed through the 8 logistic centers (from Bucureşti, Deva, Timişoara, Braşov, Craiova, Iaşi, Piteşti and Târgu-Mureş), according to the information from the 9 months report 2011. Approx. 40% from turnover is generated bythe sales of the own chain of pharmacies, Remedia, according to the same sourse.

The general manager of the company said that currently Farmaceutica REMEDIA owns directly or indirectly 60 pharmacies, 7 pharmacies being indirectly owned by a number of companies 95% controlled by the company.

The most recent estimations regarding the evolution of the pharmaceutical market, amounting to 2,5 billion euro, shows over 10% and are realized by IMS Health research company.

According to the available information most of the pharmaceutical companies expect a turnover increase in 2012.
(…)
Article from Ziarul Financiar, 24 January 2012, Author: Ioana David