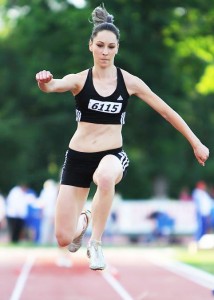 Romanian athlete Florentina MARINCU, supported by Farmaceutica REMEDIA, gets the second title of world champion junior 2 at long jump, according to Agerpres.

Florentina MARINCU won with a jump of 6.42 meters – succeeded in his third attempt – with only 12 centimeters less than two junior record Romania. Keturah Orji (U.S., 6.39 meters) and Natalia Chacinska (Poland, 6.22) have got also on the podium.

Florentina won the triple jump world title at the Junior 2 World Championships in Athletics in Donetsk. The sportive is 17 years old and is a member of the National College Athlete ‘Cetate’ Deva.

In the framework of the eighth edition of the cadets CM hosted by Ukraine, the medals obtained by Florentina MARINCU are the only ones for the Romanian delegation.

We use cookies to ensure that we give you the best experience on our website. If you continue to use this site we will assume that you are happy with it.Ok